Memories of the old barn in Pomfret

I was thinking about barns on today's ride. I remembered our barn in Pomfret Connecticut when I was only about 8-10.  We purchased an old farm that was located off Rt. 100 and Carter road by Wolf Den park. It was a huge barn, by my standards as a kid. It was weathered brown and had a main level very close to the road with enormous doors. There was also a  small door you could enter. It was directly across the street from our tiny farm cottage that had not been touched, but for paint since the early 1800s. The floors were covered with slightly newer planks to keep you from falling through rotted sections. You could not go all the way to the back as the floor became rotty to non-existent. My friends and I used to jump over the holes where there were missing slats. The good part of the barn had stacks of every National Geographic, Sears, Saturday Evening Post and Mongomerey Ward catalogs on shelves. Issues reaching fairly deep into the last century when Sears would sell guns, car engines, tires, bras, corsets and wagons all in the same catalog. By the large row of flat-stacked magazines there was a bench with a layer of tools scattered with screws, nails in cofee cans, cigar boxes, and jars of rusty nails of every type. It was as dark, I don't think we had electricity. There were steel jaw traps hanging on the wall, and a grappling hook that I adopted and had a really good time playing with around the trees outside. Sometimes I'd pull it and it would not have connected. It became a dangerous projectile on the end of the rope hurling toward me. Below the main tool area was a crawl space where my mother went with a flashlight. She found Silver Candlesticks and some China that was dated to before Revolution. We later learned that British soldiers came down this road, sacking all the farms. I guess the person hid their valuables under the barn in the dirt and never came back to get them. As I think back, we should have taken a metal detector down there. Who knows what else there was?

At the opposite end of the barn, to the right of the doors, there was a wooden ladder up to a loft. The loft was dark and toward the back of the barn somewhat away from the window, so you could only see what was in it with a Flashlight. In the loft was a tangle of metal farm parts and tons of screws etc. falling out of wooden boxes. I think there was an engine up there of some old tractor or car. Someone had told us that there was also a complete surrey wagon kit there that was delivered minus the wood. Below the loft and the main floor there were steep steps down to a basement level entrance out the bottom of the south side of the dry stone foundation. There were milking pens for the cows on the back, and a couple horse stalls on the right. The milking pens had cement floors so it must have been added later than the rest of the barn.

This was an incredible place for a kid to explore as much of this stuff had not been touched since the 1800s. The woman we bought it from was an only daughter from the people who one house up the street. She was in her '90s when she sold the acreage and property to my parents, and had not lived in the house since she was about 30. She moved into her parents house when her father died and pretty much left this house, which was given to her, the way it was when her parents, parents had given it to them. There was no power initially, and a hand pump for water in the sink that had to be primed. It had a huge cooking wood stove in the kitchen that was rimmed with 4-inch nickel-plated edges. When we got the stove up to temperature the kitchen could approach 100 degrees, while the rest of the house stayed around 40-50. I have no idea why we went there in the winter. I was miserable as a kid. But summer was a different story. I had a three wheel mini-bike, a bb gun and about 40 acres to explore. I'd find farm tools on the walls, and more leg traps in the streams. My dad and I dammed up part of the stream and made a great swimming hole. My dad was like I am in a lot of ways, especially with his love of the outdoors and being in the woods.

Inside the tiny two bedroom house there was a desk drawer that had lots of foriegn money in it, and I thought we had struck it rich! But they were only WWI-era german dollars and worth fractions of a cent. My parents bought it fully furnished. I remember thinking it was like stepping back in time.  The basement was scary and I don't remember much other than a dirt floor and ancient rotting canning jars on shelves on the walls going down there. There large fields around the property and beautiful stone walls around the fields. There was a "back-field" across the stream far out in the woods. I found a brilliant green Vine snake back there that was almost tame from the time I caught it. It had a blue tongue.  Sadly, it fell out of my shirt pocket into our outside bucket well when I was leaning down over it to get the bucket.

But the old barn was the thing we thought was the coolest. My dad put a new roof on it to preserve it. I don't know if it worked. I've been back to the area a few times since I was a kid, and never found the property, house or barn. Maybe I just don't recognize it, or maybe it was leveled for a development. I don't know, but it is a magical image that comes back to me in my dreams as part of my house. I feel frustrated in my dreams that I never had time or money to fully restore it. Sometimes there's beasts in the basement milking pen, kind of like malevolent Eors or something. Not sure its a dream. But a good dream as it reignites my memory of that really cool structure with so much history.

Posted by westwoods at 1:47 PM No comments: Links to this post 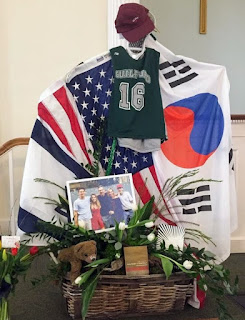 Posted by westwoods at 7:14 AM 6 comments: Links to this post